I used the resilient, evergreen Rhododendron, which grew wild along the riverbanks in the region where I was raised, to illustrate beauty contrasted with danger or fear, and the isolation and confusion of emotional invalidation. The large, flat leaves and twisted, gnarled trunks of the wild Rhododendron were an ever-present and significant part of the imagery of my childhood, and during my research, I learned that elements of the shrub, including the flowers, contain a toxin that can, if ingested in large enough quantities, cause hallucinations, illness, or even death. Observing cuttings from the plant over several weeks, I noted that the leaves become increasingly beautiful as they decay. They develop new colors and spots, damage from insects and weather becomes more apparent, and they actually roll up in a seemingly self-protective way before they fall from the branches. The boughs that I brought into my studio bore many buds that might have been flowers had they not been cut. The tension between potential new life and the evident demise of the leaves and severed branches is a poignant illustration of hopefulness in the face of abuse or betrayal. 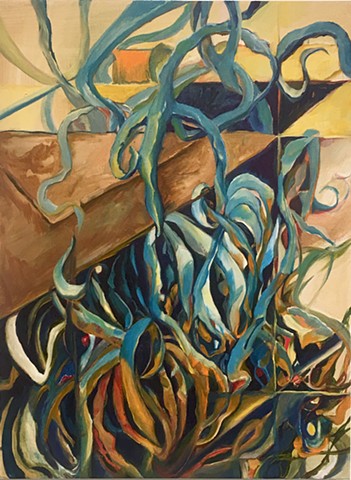 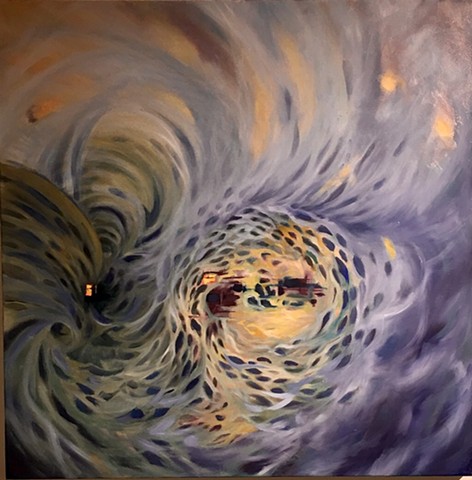 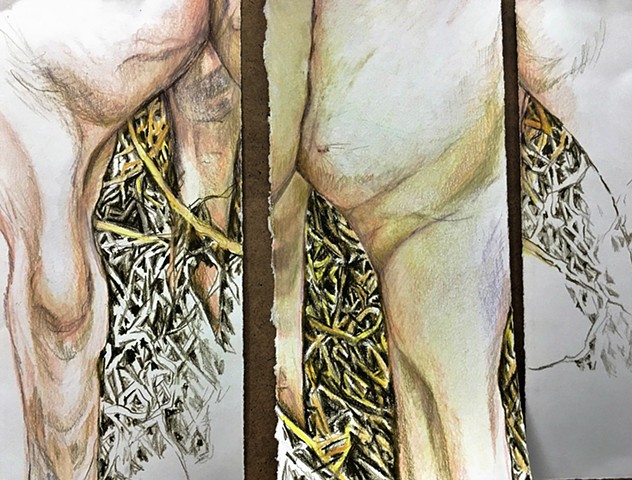 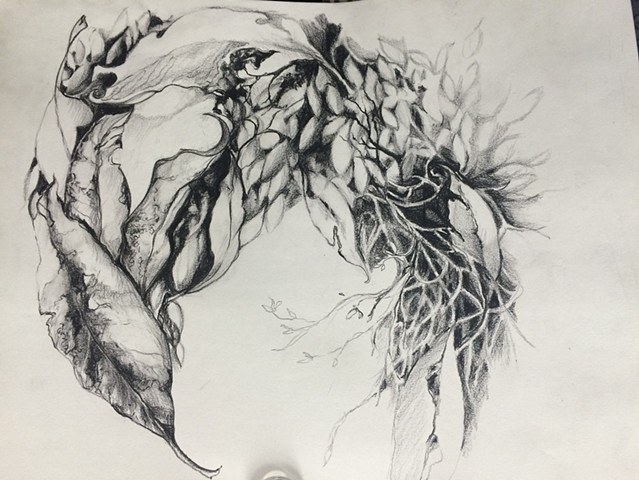 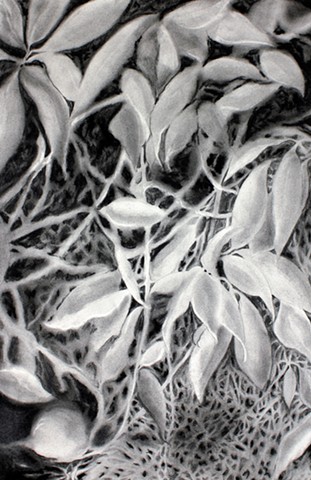 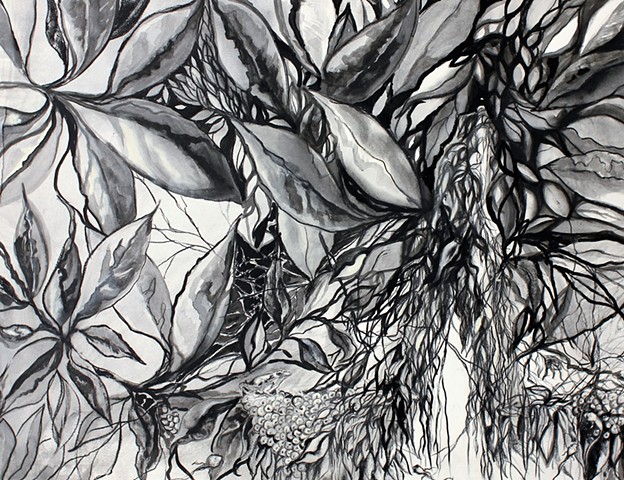 In Plain Sight
Charcoal and Ink on Paper
11 x 15 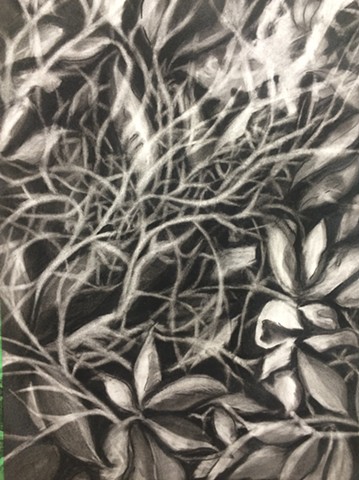 Lost and Found
Charcoal on Paper 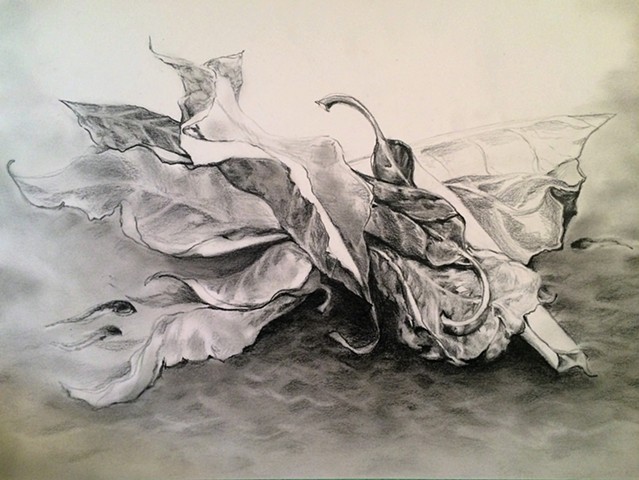 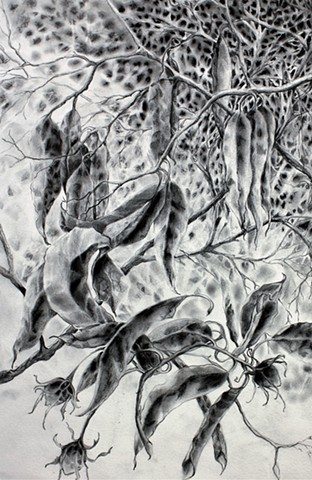 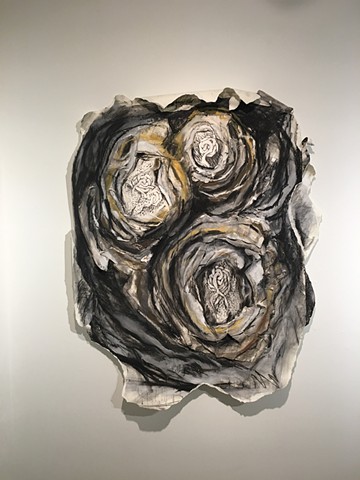 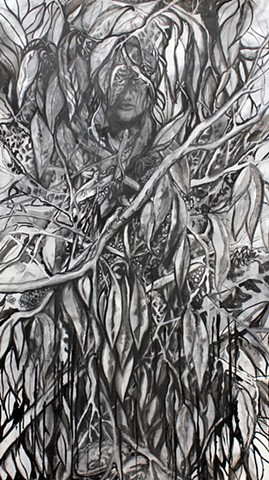 The Hidden
Charcoal, Gesso and Ink on Paper
29 x 44 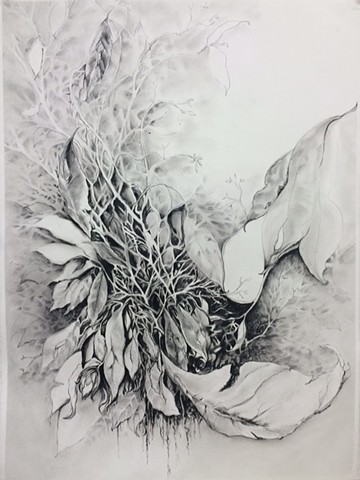 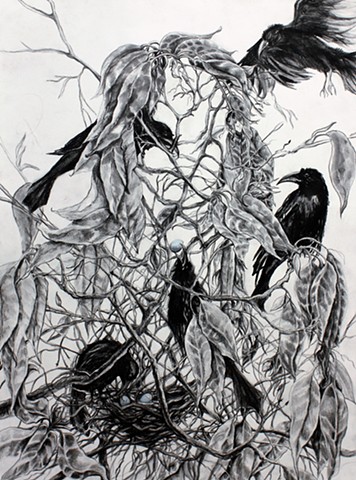 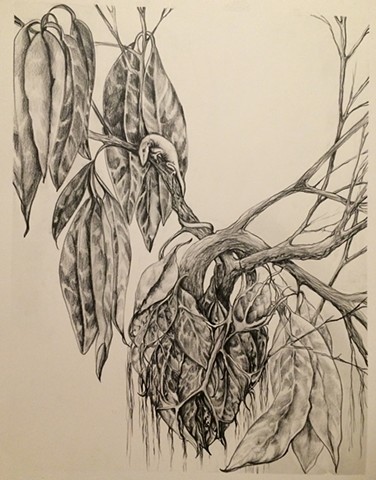